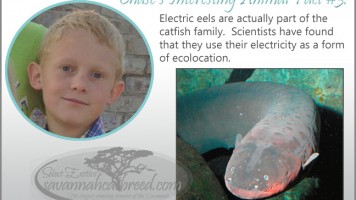 The Many Stages of a Fuzzy Kitten

Savannah kittens will go through multiple fuzzy stages from birth until about six months of age.  Getting quality photos of kittens can be tricky for breeders at times because of these fuzzy stages.  When kittens are first born, up until about four to seven days of age, kittens will have very clear, crisp coats because the hair length is generally quite short.  This is an ideal time to picture kittens.  Because the kittens are so tiny the markings will all be close together, so the full effect of what the contrast may be as the kitten matures will not be apparent, but the spotting pattern will be clear and highly visible.  Kittens that have super inky markings will generally have a little bit darker base coat color.  When they are brand new and their markings are so close together it is difficult to get pictures of these type of kittens, as their overall ‘look’ will be dark.  These kittens are generally not snapped up right away by future Savannah owners.  However, once these kittens reach six to eight weeks of age and the markings start to spread apart as the kitten grows they become considerably more impressive.

Between one and three weeks of age most kittens will go through what we refer to as the ‘downy-soft’ fuzzy stage.  The texture of the coat is very fine and the length of the hair gets a bit longer.  At this time the coat takes on a soft-focus appearance, rather than the more crisp initial look.  We find that kittens that have a lighter basecoat will generally have lighter spots long-term.  Also, kittens with black noses will have a neutral-beige base color instead of the warmer golden-orange hues.  This is personal preference – some people are really set on finding a kitten with the black nose, while others are more interested in finding the warmer base color.

At six to ten weeks of age kittens will go through the guard hair fuzzy stage.  This stage develops from their wild heritage.  It is at this age that kittens start to become mobile and the guard hair fuzzy stage helps the Serval cubs to blend into the underbrush in the wild.  The guard hairs are double the length of the typical coat length.  They lay overtop of the coat and cause the spots to be hidden/muddied.  These longer guard hairs will drop out after a few weeks.  This is the age that it is most difficult to get photos of kittens.  It is also the range when kittens will mostly be going to their new homes.  If your kitten arrives in this super fuzzy stage rest assured that if the spotting was prominent in younger pictures of the kitten his/her coat will return to that look as they mature.

The final fuzzy stage will be notable as the kitten goes through extreme growth spurts.  At this time the kitten will get taller, skinnier and the coat will lose vibrancy.  All of their energy is going to growth and being pulled from everything else.  Once the growth spurt slows the kitten will fill back out and their coat will become richer in color and contrast once again.  Generally, it will be the higher generation Savannahs that will go through more noticeable growth spurt fuzzy stages.

Just like our children, Savannahs will go through gangly stages, ugly duckling stages and awkward stages, but also like our children, most will become a beautiful swan when all is said and done.  In addition to being a magnificent animal to look at, their incredible intelligence and their ability to become woven so deeply into the fabric of our lives makes them more beautiful than one could imagine when setting out on the path to open their home and heart to a Savannah kitten.